How I Use OmniFocus to Help Get Things Done

Over the past year or so, personal time management has become a large topic of conversation throughout the community. Much of the talking came about as a result of a particular book being published; Getting Things Done: The Art of Stress-Free Productivity by David Allen definitely got the ball rolling. This particular book got the GTD mentality in the heads of many, and numerous designers/developers are picking up on it, myself included.

While the principles of GTD are in no way tied directly to Web design, the approach can be applied to all aspects of life, regardless of profession or lifestyle. The great thing about being a Web designer is the constant attachment to a computer, creating the ability for an application to help out with Getting Things Done. Over the past year, a multitude of applications have been built specifically for this purpose. Not all retain the jargon of GTD, but the same goal is at hand: effective completion of tasks.

Why I chose OmniFocus 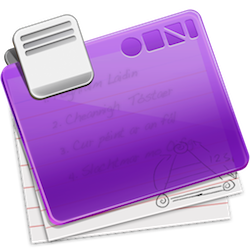 I’ve been using OmniFocus since it was released as a private alpha. I had no idea what GTD was all about, and I had never heard of David Allen. I was able to pick up the application fairly quickly, albeit in the most basic sense. I watched the OmniFocus Basics screencast and became more comfortable with the software.

For me, the most difficult part about OmniFocus had nothing to do with the application itself. Instead, I had the most trouble with integrating task collection into my workflow. It honestly took a couple weeks to force the action of entering a task, but it’s now second nature. I was very impressed with OmniFocus, and new alpha releases were being released at a constant rate, including new little features that helped me to better manage what I needed to get done.

Then came Things. Things is a terribly pretty application, and I decided that I’d give it a trial run for two weeks, to see which application I preferred. Things was in public beta at the time, and it was a terrific application in which to work. I liked the tagging approach, and I definitely took a liking to the methods Cultured Code included. One of the features that stuck out to me was the ability to assign tasks to people. I work among a team, and it’s very helpful for me to jot down what other people are doing to make sure the team has all of our bases covered. It was also neat that the icons in People section of the sidebar let me know who was on AIM at the time in case I needed to touch base on a particular task while I was reviewing. There are a number of little touches like that throughout Things that raise the bar.

I went back and forth between Things and OmniFocus for at least two months. OmniFocus was being developed at an astounding rate, and was much more feature rich in comparison to Things. From what I’ve seen, the community speaks about Things quite a bit more, so I feared I was missing out on some features which other designers found so attractive. I became more attached to certain features of OmniFocus, and came to realize that a preference between the two is simply of a personal nature from designer to designer. I’m a huge fan of the OmniFocus interface design, and truly believe it doesn’t receive enough credit. I don’t think the design is overshadowed by Things in many aspects at all. Of course there are little details about the OmniFocus interface I might change, but for me, the same goes for Things. I don’t mean to turn this article into a comparison of the two; it’s definitely not. I’d simply like to share why I’ve made my choice.

Killer features I depend on in OmniFocus

The features of OmniFocus are what helped make the decision for me. I quickly started to feel a bit overwhelmed when it came to using Things with a few dozen projects each with quite a few tasks to be completed. There are certain features in OmniFocus which help me to tackle that issue directly, and I feel in more control with OmniFocus.

Project Status
OmniFocus lets me mark each project with a status; Active, On hold, Completed, and dropped. I’m not sure about your workload, but my projects have a tendency to change status from time to time. OmniFocus lets me filter projects based on status, and it’s very helpful for me to review only Remaining (Active and On hold) projects constantly, while reviewing all projects (any status) on a weekly basis. Additionally, OmniFocus project icons reflect the status of the project so it’s easy to get a quick overview of what is a priority (and what’s not) at any particular time.
Parallel vs. Sequential tasks
OmniFocus lets me define how I plan to approach a project in many ways. One way is to set the order in which tasks should be completed. Some tasks can be completed in any order, while others require sequential completion. This small feature comes in very handy when automating the order in which you plan to complete your tasks.
Task and project grouping
I often have multiple projects for the same client, and it’s very helpful to have the ability to group those projects within a folder. OmniFocus also lets me group tasks into groups within projects. I’m able to fold these groups to prevent information overload and quickly target what needs to be taken care of next. Additionally, I can mark task groups as parallel or sequential on a per-group basis. This level of control has come in very handy a number of times over the past year.
Task group duplication
I create a task group for each page of a website I work on. Within a task group there are a number of tasks; markup, style, JavaScript, CMS integration, etc. I’ve found it very helpful to be able to simply create one task group and duplicate it for each page of the website, instead of manually creating tasks for each page. I’m able to set up a basic website project with detailed tasks in just a few minutes using OmniFocus.

Task Grouping in OmniFocus on Viddler

Perspectives
I’ve only recently rediscovered Perspectives, but I’m in love. The best way to explain perspectives is via the four minute screencast provided by Omni. You’ll find the link to the screencast in the Resources section. Basically, perspectives lets me change the OmniFocus interface completely with the click of a button. When I’m at work, I switch to my ‘Office’ perspective and work away. When I get home, I’ll move to the ‘Home’ perspective and all of my work tasks are hidden until I get back to the office the next day. This feature has become very valuable to me, and I’m very excited to have stumbled upon it again a few weeks ago.

Clippings
Clippings are probably my favorite feature of OmniFocus. Clippings don’t seem to get much press, but I hope OmniFocus does a feature screencast much like they did for Perspectives. Using Clippings, I’m able to hit a key combination to instantly add an email as a task in my inbox. Links are included to the original message (to allow for a quick reply) as well as links to any attachments in the email. Clippings are also available for any WebKit-based browser. I’m currently using Fluid to power my company’s project management software, and creating Clippings from messages is something I do consistently. It’s much faster than invoking the Quick Entry dialog and manually entering the information. I will use Clippings for hours at a time, and simply filter my inbox periodically throughout the day. Losing Clippings would slow me down quite a bit at this point.
iPhone support
OmniFocus for iPhone was a no-brainer purchase for me. The implementation is terrific, and I use it all the time, especially at status meetings. I’m able to quickly dump tasks into the inbox, and organize them once I sit back down at my desk. The syncing via MobileMe is awesome and I’d be sync-less without automation.

One feature I definitely did miss in OmniFocus was the ability to assign tasks to particular people. There was a solution I was simply overlooking, however. When I need to remember a task that is to be completed by someone else, I simply use a context of their name. If a project needs to be completed by John Smith, that’s the context. I like the solution because I’m able to filter tasks based on context, and can quickly oversee what tasks remain for certain individuals if need be.

How do you manage?

I can’t emphasize enough how I don’t mean to turn this article into a comparison of OmniFocus and Things. It’s a challenge, however, because I battled between the two for quite some time before making my final decision. I do feel that I’ve given both applications a strong trial, and the features I’ve outlined are absolutely what solidified my choice. That said, I’m curious as to which application you’re using (if any) and maybe a little bit about why.

Shawn Blanc recently posted the latest in his impressive series of software reviews, and Things was the topic. A Review of Two Things definitely deserves your attention if you’re interested in Things. His extensive review discusses many of the fantastic features of Things from top to bottom.