While I’m nearly sure the details of this issue are nowhere near what people may want to make them out to be, it’s a shame things like this happen. 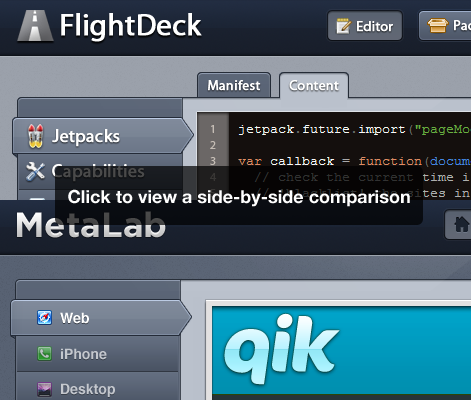 Many people read the post and assume the board of directors itself over at Mozilla did everything they could to steal from MetaLab. That’s not the case (entirely). While it’s a completely blatant rip, not everyone at Mozilla knows MetaLab even though we all do. The issue here, however, is that MetaLab did in fact speak directly to Mozilla for this very project! After all is said and done, Mozilla knew of MetaLab, and should have recognized that something to this caliber would not go unnoticed. Perhaps it did, who can say for sure other than Mozilla itself? The Wiki for the project shows that this was worked on for quite some time.

I hope that the true cause of this faux pas comes to light over the coming days. It’s awful that it happened, and I’m really disappointed to see so many materials make the cut all while being a duplication. It seems like Mozilla is receptive to the requests of MetaLab, but I’m sorry to see them have to go through something like this.