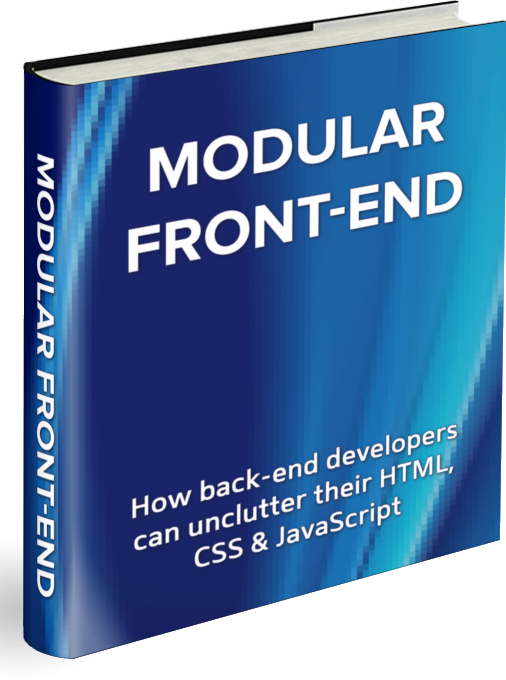 As what I would call a ‘front end guy’ primarily, I’ve worked with a number of ‘back end guys’ over the years who have taken it upon themselves to build out some views that I’ve needed. They’re the first to admit (a number of times) that the markup could be better, but not many take their own cue to research accomplishing that. I’m not here to dog on back end developers writing front end markup, but if you’re one that would like to improve your skill in that area, I might suggest signing up for this book. It looks to target that skill set specifically. I’m going to keep an eye on it myself because I’m sure there are a number of things I can learn from it too.