I love WebKit. The Web, without a doubt, looks better in WebKit. At a high level it’s got pristine standards support, at a low level the actual renders simply look superior to other engines out there. But that’s only the half of it. As I was working the other day I took a second to lean back and examine my environment. It was beautiful.

The time has come where even the tools we use to mark up, style, script, and program are looking stellar; the designer in me is smitten. WebKit is by far the best of both worlds in that regard, and it really shines when it comes to things like the Web Inspector. Firebug really broke ground when it came to developing on the front end. It changed the way we all go about the process and streamlined things to no end. On top of that it’s helped us to optimize nearly every aspect of a page load and subsequent interaction. 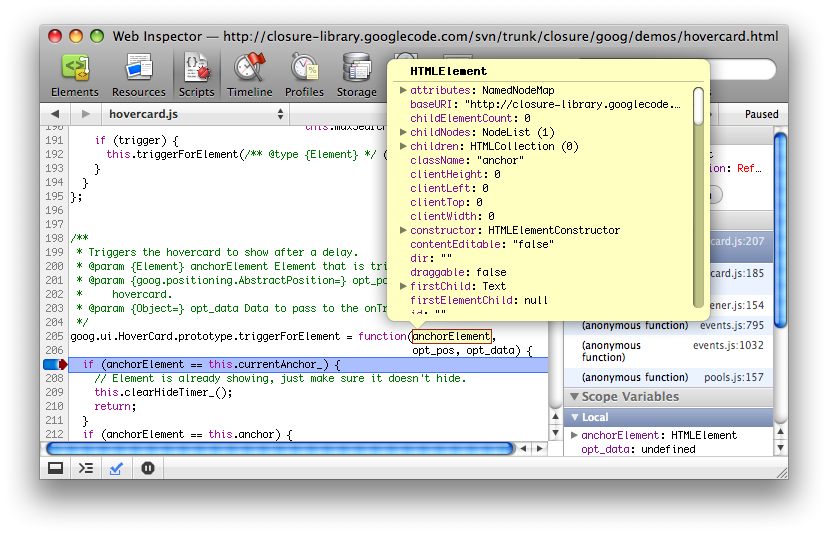 When the Web Inspector first debuted it wasn’t nearly as feature rich as Firebug. In fact, the shipping version of Safari’s Web Inspector leaves a lot to be desired. When you read what’s arrived in the WebKit Nightly though, how can you not want to use it straight away? I’m not saying that Firebug is any less useful, but the changes (and the hotness) coming to Web Inspector are just stunning. I’m particularly fond of the changes coming to the Styles Inspection, DOM Inspection, Resources Inspection, and who can I kid; everything sounds supreme. Keep your eye on it.