Chrome has been my primary browser since a few months after it’s debut. I’m a sucker for WebKit and the thing just flies. Elijah Manor took some time to outline some of the bleeding edge changes coming to the Web Developer Tools and I’m wicked excited for some of this to come down the pipe. 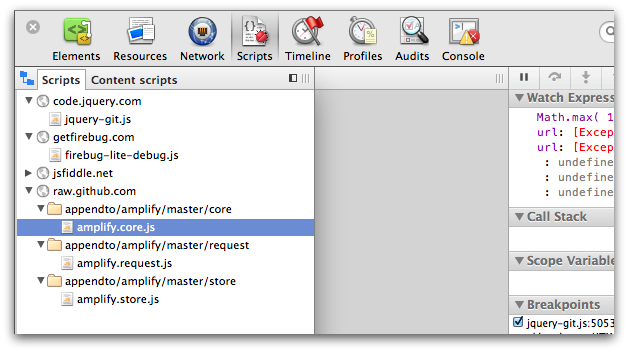 Perhaps one of the biggest additions that might change my world is the ability to dock the Developer Tools on the right, it might have me completely re-orient.

I use a portrait monitor to allow for a more accurate browser viewport while having the Developer Tools open as well (each take up about half the monitor) and it’s worked out great for me. It’s sometimes disorienting though, to have to look up/down to make sure a detail looks just right.

Docking the Developer Tools on the right would allow me to switch back to 0 degrees rotation and shift things around a bit. Firebug implemented the ability to ‘dock right’ in a recent version, but I haven’t done any extensive front end development in Firefox in some time.