I really like code boilerplates. They’re such a great way to show up-and-coming developers one of many ways to accomplish something. They can also teach veteran developers a thing or two. They usually embrace the codebase for which they were written, and follow established conventions of the project.

I also like Tom McFarlin. If you don’t know Tom I’m willing to bet you’ve read and/or used some code or an article of his if you’ve worked with WordPress for at least a little while. The guy is a machine, constantly pumping out fantastic content and great code to check out. 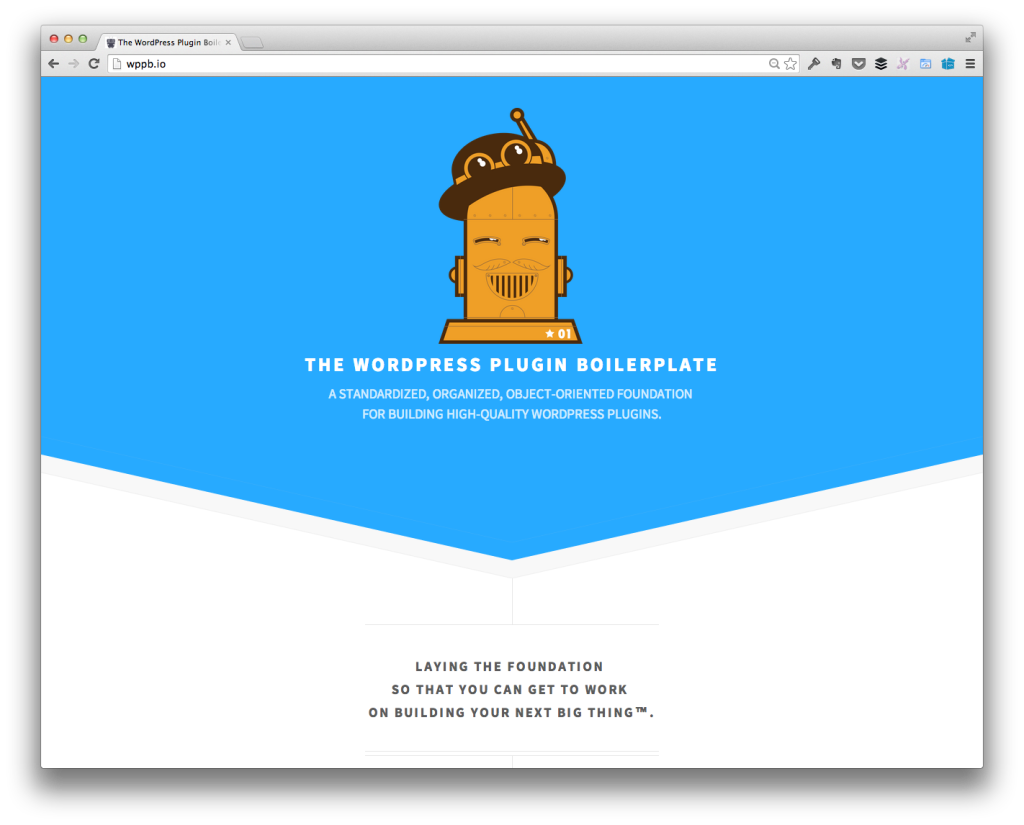 Tom has written up a great intro post to the project, and if you write WordPress plugins I definitely suggest checking this out. It’s a great starting point for your next WordPress plugin that sweats all the details. A number of awesome developers have contributed to this latest iteration of the boilerplate and it’s the best one yet. Be sure to ping Tom and let him know what you think of it!