WordPress Shortcodes are the often abused, immensely powerful, quirky snippets of text in WYSIWYG editors that open the door to a ton of possibilities. Shortcodes power many of the million-dollar-revenue themes and are the root of many flavorful discussions among the WordPress community.

Shortcodes arrived with WordPress 2.5 in 2008! There has been a lot of innovation in this space, but with the recent improvements to TinyMCE in WordPress 4.0 something (dare I say) magical now exists: Shortcake

Instead of staring at square-bracket-wrapped-kinda-sorta-markup-but-not-really, Shortcake makes the Shortcode implementation awesome to work with. A dialog for content population and a nice block callout once you’ve added your Shortcode: 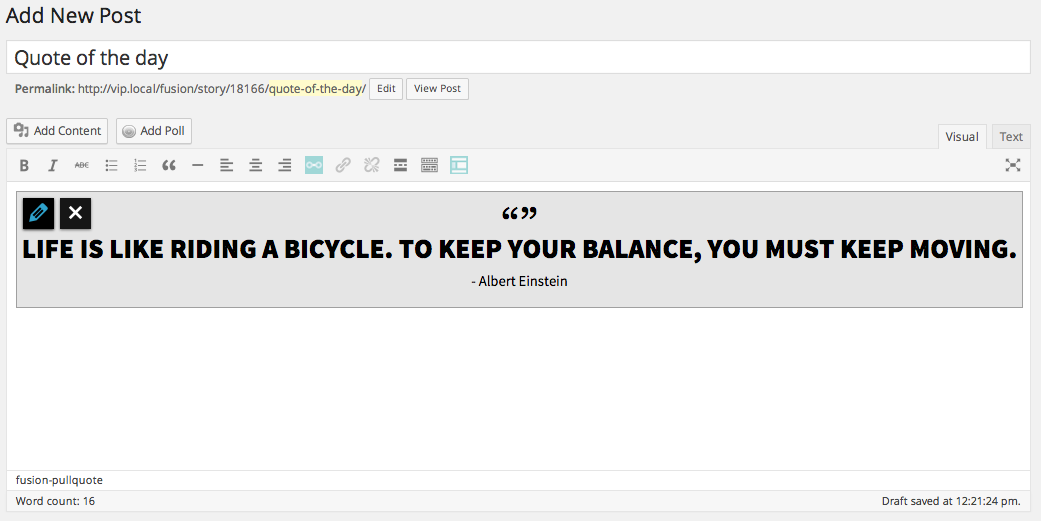 Two huge thumbs up to those who built Shortcodes. You’ve just done a great thing for the WordPress community at large!